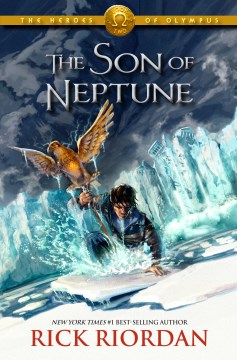 Juno, (Hera), has put Percy Jackson into a deep sleep for months, and when he wakes up the only thin he can remember is his own name: Percy Jackson, and another name: Annabeth. He manages to fight his way through Medusa's two sisters to an unexpected refuge, Camp Jupiter, the Roman Camp. When Thanatos, or Death, gets captured by Gaea, Percy Jackson, Hazel Levesque, and Frank Zhang are called on a quest to the land beyond the gods, Alaska, to break the chains of death and then return to Camp Jupiter in time to rescue it from imminent danger.