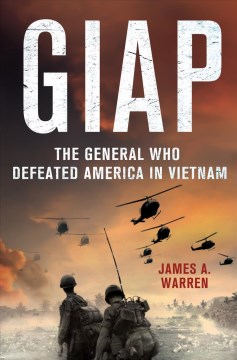 The General Who Defeated America in Vietnam

An analysis of the strategy and tactics of the Vietnamese general explains how he effectively countered French colonials and U.S. forces throughout two difficult conflicts by tapping the strength of his society's social fabric.
Topical Term: Generals
Electronic books

While it was true that the Americans had won all the major battles, it was also irrelevant.

World War II dealt a fatal blow to colonialism by awakening passionate nationalism yearning among the colonized peoples of Asia and Africa.

..., Communism's growing popularity in pre-world war II Vietnam was inextricably bound up with the corrosive and debilitating effects of French colonialism on the Vietnamese people ...

France's response to the insurgency much like the Americans who came after them, suggests a general failure among those at the highest levels of command to grasp the political dynamics of the war and the nature of the adversary.